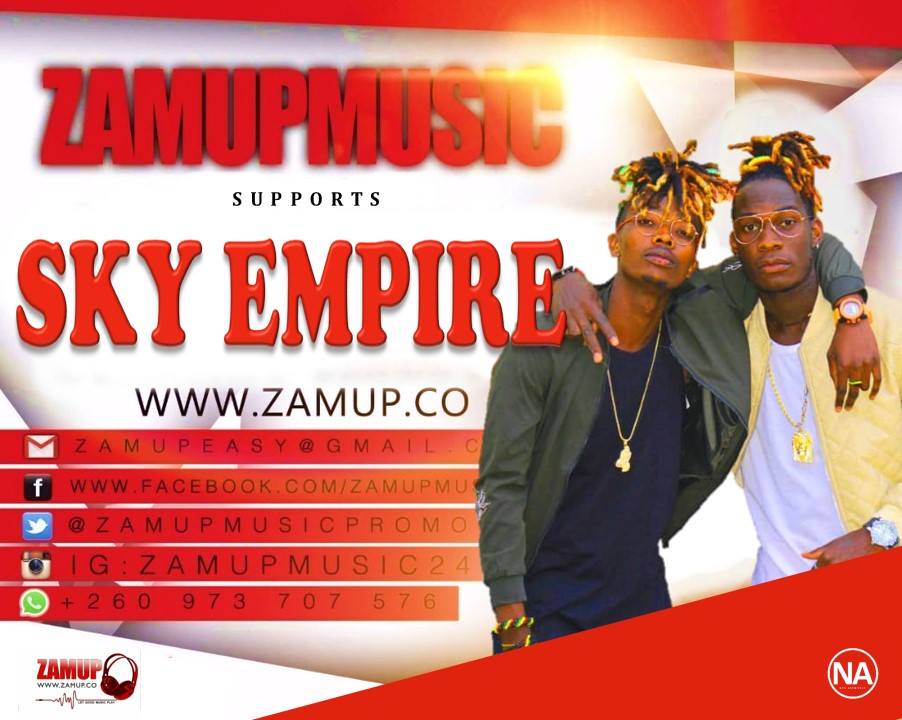 Sky Empire the music duo comprising of brothers ICE Flow Slim Daddy and & Tripo D are been Managed by one of the Zambian Radio Dj/ Music Promoter Andrew Phiri  (Dj Easy umu Zambian). Sky Empire  behind the controversial song ‘Katundu not very big’ have publicly apologized. On 8th September, ZAM President Tivo Shikapwasha called on all media houses and online blogs to ban the song ‘KATUNDU NOT VERY BIG’ Produced by BX Exclusive. The song mocked a young Zambian woman of Petauke district who was reported to have been raped by a man who also filmed and published a video showing her nakedness. The duo made headlines earlier this month when their ‘Katundu Not Very big’ song went viral on social media following the petauke incident. In a statement sent to Zamup the duo regrets releasing the song and have apologized for the wrong doing and the negative message the song carried.